Atri Cup is defined by sports analysts as mini Olympics and it hosts for more than 30 years hundreds of young athletes coming from various regions of Italy and from many different countries.

Boys and girls of different ethnicities, cultures and languages, meet in the wonderful city of Atri to compete but also to forge bonds of friendship, to compare ways of living and thinking, and above all to spread a message of world peace.

A cultural and sporting project that never stops to improve, becoming a credible point of reference for many young people.

Since 1986 has come a long way, starting with the International Youth Football Tournament “City of Atri” with the participation of a large number of youngsters of different nationalities divided into age categories: “pulcini”, “esordienti”, “giovanissimi” and “allievi”.

Over the editions, the event programme has grown to include the most important Olympic and Paralympic disciplines, involving a wider audience. The tournaments are aimed to young athletes aged from 6 to 18, with a particular attention to the world of the disability.

Each year, in addition to sports, are planned cultural initiatives, concerts and theatre shows, with the presence of nationally known names.

Atri Cup is under the patronage of the local authorities and the Presidency of the Council of Ministers, and many editions have been awarded by the President of the Italian Republic medals and silver cups.

Sportsmanship, friendship, promotion of peace: these are the values that characterize Atri Cup as an event of great prestige and cultural development.

Under the patronage of: 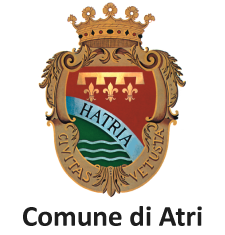